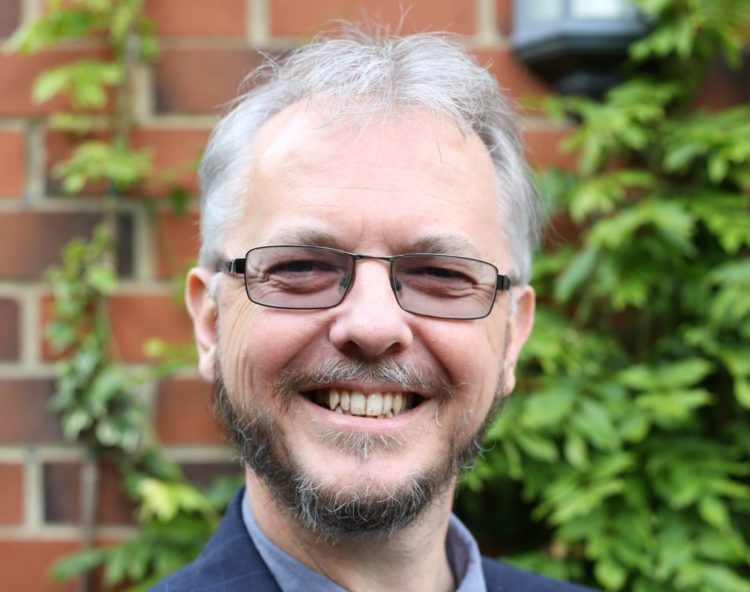 Peter Debney walks us through his unconventional structural engineering career path and how he has tackled dyslexia and a stammer to progress into a leading role with Oasys.

If there is such a thing as a normal career, mine has not been one. I suppose that it started normally-enough with a degree in Civil Engineering 33 years ago, which included a year working in Anglian Water's foul water division in Essex. Sandwich courses are a great idea. They give you plenty of practical experience to both put on your CV and apply to your final-year studies. The downside is that they can show up where your course is disconnected from the practical realities of the industry. A good aspect to my final year was being introduced to finite element analysis, working on (and sometimes crashing) the university mainframe. It was a taste of things to come.

After graduating I spent six months working (and sometimes living) on site, doing setting out and other miscellaneous jobs on a couple of blast-proof concrete buildings. There, I learned about concrete early thermal effects (concrete walls over a meter thick give off a lot of heat when first cast), concrete segregation (it does not like being dropped 6m through a dense rebar cage), and how to ensure that slump tests always pass.

After three years I was keen to move on and was lucky enough to land a job with a huge American contractor, where I worked on large industrial and petrochemical projects in the UK and Scandinavia. I quickly progressed from being a 3D CAD modeller to leading a structural CAD project group. This was BIM, mid-90s style, on UNIX machines where the desks had to be specially reinforced to carry the weight of the screens. With the chartership exam looming, I returned to more conventional structural engineering design. Despite my chartership review interviewers’ concerns, I found that my experience on 3D CAD modelling was a boon for the Membership exam as it taught me how to think about whole buildings, not just plans and elevations, and how they fitted together. I passed the Membership exam on my first attempt.

Now that I had the treasured MIStructE after my name, I branched out, made engineering software my focus, and joined a software company called CSC. Working as a product manager I helped to turn a steelwork fabrication program called Xsteel (now known as Tekla Structures) into one also suitable for consulting engineers. When CSC and Tekla's partnership ended, I helped develop a rival program, called 3D+ and published my first paper in The Structural Engineer, appropriately enough on BIM. But the writing was on the wall for CSC, and I left.

I have since come to realise that the important thing is what you say, not how, and with practice public speaking is now only extremely nerve-wracking

I spent a year working for a small consulting engineers in Bradford, converting listed buildings into pubs for a large chain. While it was good to bring life back into old buildings, I was extremely glad to leave and join Arup in Leeds, working in the Building Engineering department. Apart from working as a senior engineer on refurbishment and new-build projects, I also helped mentor several the graduates through their chartership process.

After three years an opportunity came to transfer to Oasys, Arup Software Technology group. I did the sales, marketing, support, and training for the structural, geotechnical, CAD, and document management products. Gradually the business grew so we were able to employ more people on the marketing, and then sales, allowing me to focus more on the technical. This involved more papers in The Structural Engineer and other journals, as well as talks at IStructE branches and the headquarters, on structural analysis, vibration, optimisation, machine learning and nonlinear structures.

In 2015 a chance remark in a business meeting with the IStructE publishing department set a ball
rolling and, after five years of research, writing, rewriting, and editing, my book Computational
Engineering was published. I never was a fast writer, which is possibly down to my dyslexia. While I
have never had trouble reading, there were not many engineering books that I found enjoyable to
read; those few that were inspired me to write the book that I wanted to read when I was a
graduate. The result has been very well received – a fact that I am incredibly grateful for.

I have also had a stammer since early childhood, which left me terrified of public speaking. I have
since come to realise that the important thing is what you say, not how, and with practice public
speaking is now only extremely nerve-wracking.

I am now the Customer Service Lead with Oasys, managing a team of experts and experts-in-the-making, focusing on customer support, training, and the quality system. I also serve on the IStructE's
Computational Design and Digital Workflows panel, as well as the Yorkshire branch committee. I do
not know if conventional careers exist, but I know that I have not had one so far.

This website uses cookies to provide you with the best browsing experience. We recommend that cookie use is accepted, so we can continue to improve how the site works for you.

This website uses cookies to help understand how it is used and to provide you with the best user experience.

Necessary Cookies are enabled at all times. They allow us to save your preferences for cookie settings and help make the website usable as it was intended.

Functional cookies help us to understand how visitors interact with this website by collecting and reporting information anonymously. We use Google Analytics to do this.

Enabling this helps us to improve its usability.

Please enable Strictly Necessary Cookies first so that we can save your preferences!

Send this to a friend